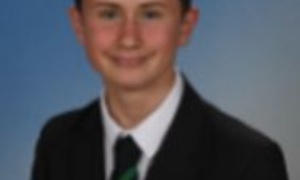 Harry (Year 10) has been completing some work experience in journalism.

Harry McBain (Year 10) has been working with a local journalist who previously published the Manchester United programmes to create sporting articles under the same conditions that would occur in the real World.

He was given 90 minutes to write 5 stories in under 150 words. You can read his fantastic output below;

According to Italian sports site Calciomercato, PSG are set for a summer swoop for Napoli centre-forward Dries Mertens, who can also perform as a right winger, to replace Uruguayan Edison Cavani. The 33-year old’s contract with the Partenopei runs out on June 30th and they have not yet offered a new deal to the free-scoring Belgian, who is considered to be a strong fan favourite at the San Paolo.

The prolific striker has scored 12 goals and has claimed 6 assists this season for the Naples-based club. PSG are not the only club interested with giants such as Inter Milan, Juventus, Manchester United, Chelsea, Atletico Madrid and even Newcastle United, but only if their potential £300 million takeover goes through. He is currently thought to be worth around the £18 million mark, so to get this high-scoring centre-forward on a free would be a steal for those clubs interested.

Spanish giants Barcelona have overtaken Real Madrid to become the favourites to sign Aubamyuang from Arsenal, according to the Evening Standard. The Gabon striker has entered the final year of his contract at the Emirates and is believed to be frustrated at the lack of silverware the club has achieved over the last few years that he has been at the club.  The Catalan club are believed to be the ex-Borussia Dortmund attackers preferred option as he tries to search for Champions League game time.

He has scored 61 times for the Gunners in 91 appearances, with only 3 of those coming from this seasons Europa League tournament in which the London-based club were knocked out by Greek giants Olympiakos. The transfer fee is believed to be around £50 million with Arsenal supposedly looking to offload the 31-year-old as part of Mikel Arteta’s squad revamp.

Real Madrid manager Zinedine Zidane is believed to be searching for his own Makelele and his top target is Rennes midfielder Eduardo Camavinga, according to reports from Spanish news outlet Marca.com. Los Blancos have reportedly made the Angolan player maker their top target, but Rennes are demanding no less than £60 million pounds before they will consider letting him leave. Rennes manager Julian Stephen has claimed that Camavinga would prefer to continue growing at the French club, especially as they have recently qualified for the Champions League.

Representatives from Real are believed to have contacted people close to the 17 year old star and Camavinga has supposedly expressed intent to join Los Blancos as it is his dream to play for the club and be coached by French icon Zidane, who is in his second stint at the club. He would join the likes of Spanish-international Isco and World Cup winner Toni Kroos in Real Madrid’s already strong midfield.

According to The Echo, Everton’s Turkish striker Cenk Tosun has expressed his interest in returning to Süper Lig outfit Besiktas. He arrived on the blue section of Merseyside in January 2018 for a reported £27 Million but has failed to cement his place in the Toffees starting XI ever since. He has spent the second half of the 19/20 season at Crystal Palace on loan where he picked up a ligament injury preventing him making a major impact at Selhurst Park.

French fullback Sébastien Corchia is open to a return to Ligue 1 according to reports by L’Equipe. The 29-year-old currently plays for La Liga outfit RCD Espanyol on loan from Sevilla FC. He previously played for Lille between 2014 and 2017 before making his switch to Spain, and now Ligue 1 newcomers Lens are interested in the Frenchman after achieving automatic promotion to the topflight this season, he is currently worth only £1.4 million.