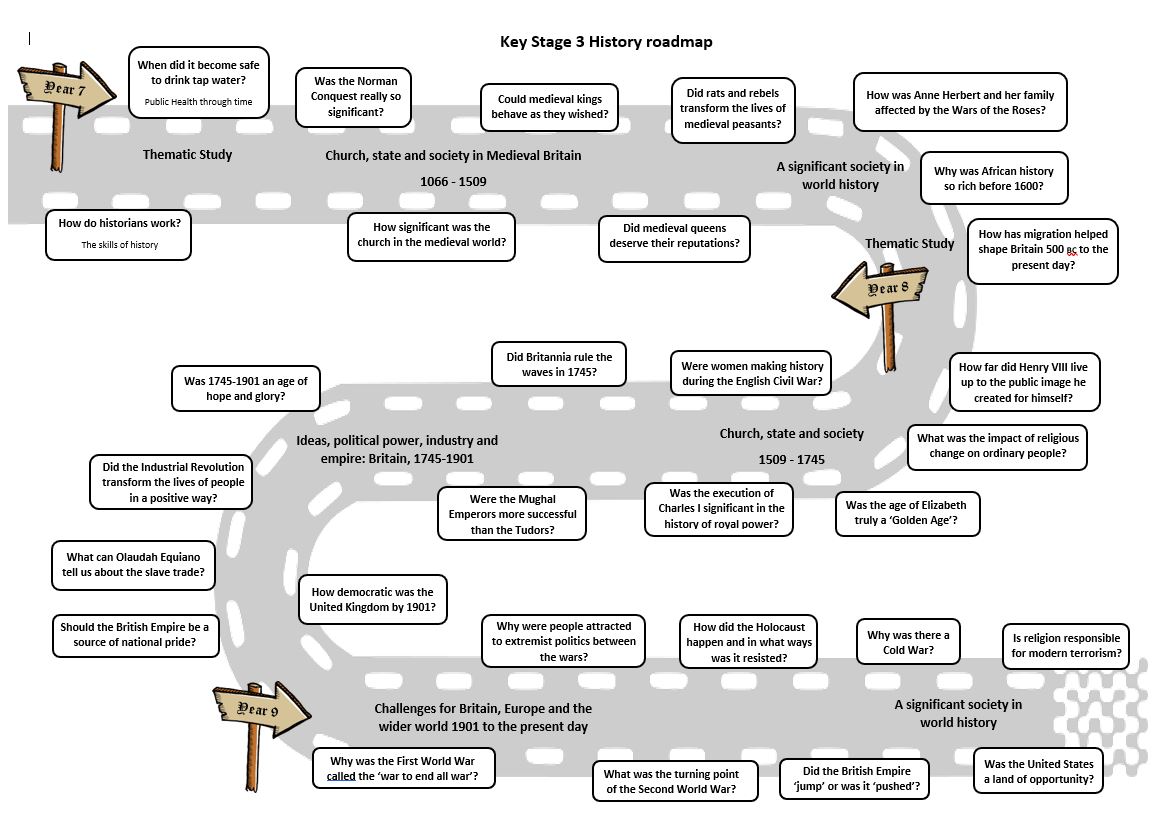 This unit involves the study of different laws through time, how punishments have changed through time and the development of law enforcement. This also involves a case study of Jack the Ripper and the policing of Whitechapel.

We will begin by looking at the decline in relations between East and West after the Second World War and how the two superpowers came close to World War Three. We will specifically be looking at the crisis of Berlin and the Cuban Missile Crisis.

This unit will study the religious conflict of the reign of Elizabeth and the threats to her safety from Catholic Plots. We will pay particular attention to the threat from Mary Queen of Scots and the attempted Spanish invasion of 1588.

The rise of the Nazi Party after the First World War, how the Nazis used terror and propaganda to keep control and the quality of life under the Nazis. There is a case study of the treatment of the Jews by the Nazi.

Students can use History for a number of different A Levels or degrees including history, geography, RS, law, government and politics.  History is a well-regarded academic subject which can open doors to graduate schemes, careers in teaching , the civil service, law, government and many more.  It teaches you how to write at an extremely high level, research, process information and present information in a variety of different.  These transferable skills are very valuable in all areas of work and further education.