Judaism - How has suffering, sacrifice and covenant defined Judaism?

The Christian Church – What is the ‘Church’?

Islam in Modern Britain – Is Britain the best place to be a Muslim?

Heroes of Faith – How do beliefs, social settings and actions affect one another?

Hinduism – What does it mean to be a Hindu?

Buddhism – A way of life?

Ethics – How do we know right and wrong?

Sikhism – What does it mean to be Sikh?

Humanism – What is Humanism?

Interfaith Dialogue – Can we respect views that differ from our own?

Human Image – What does it mean to be ‘human’?

Examination Board: AQA - Specification A

GCSE Religious studies entail the study of the core religious beliefs, teaching and practices of two of the world religions.  It also enables students to consider philosophical questions and ethical dilemmas which relate to modern life in Britain.  The course challenges students with questions about belief, values, meaning, purpose and truth, enabling them to develop their own attitudes towards religious issues.

Assessment: Two examined units each worth 50%

Progression: Religious Studies develops your analysis, problem-solving, evaluating, writing, empathy and communication skills. All these skills are transferable to all subjects at Key Stage 4 and 5 and in higher education or the workplace.

Religious Education allows you to

A non-examined course providing student the chance to explore issues within contemporary society and evaluating them through a range of religious and non-religious perspectives.

Topics include: The role of social media, Infertility treatments, sacred wonders, forgiveness and crime and punishment 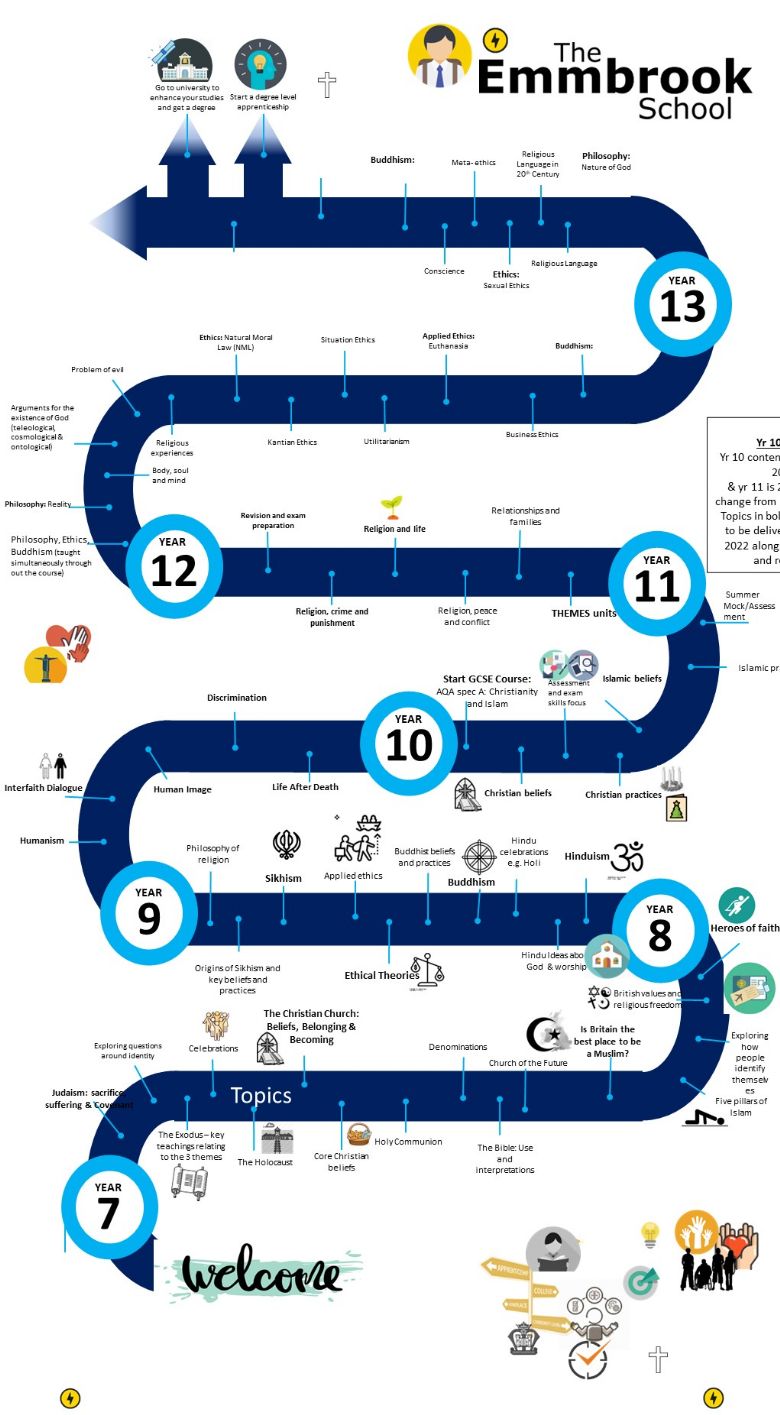